The thumb is critical for business

Some might remember when mobile phones were the size of bricks. Then they got tiny – and now, they are big again.

With larger screens, it can be difficult to operate a phone with just one hand. Many users have made a habit out of turning their phone on its side, so that they can type using both hands. Generally speaking, users have become more creative and flexible when it comes to operating their phones.

Yet, despite the growth spurt of screens and users’ flexibility, the thumb remains in charge of the bulk of the work when using a smartphone.

Most users activate their phones using their thumb, and we’ve gotten used to the fact that most of the important buttons are located at just the right height for our thumbs. Take the Coop app as an example: users swipe with their thumbs to complete a payment, and the same goes for most other apps that include payments.

Both the ‘buy’ and the ‘add to basket’ buttons in apps with in-app purchases tend to be within the thumb’s reach – and apps that are used on the go typically keep the most crucial navigation on the lower-third of the screen. 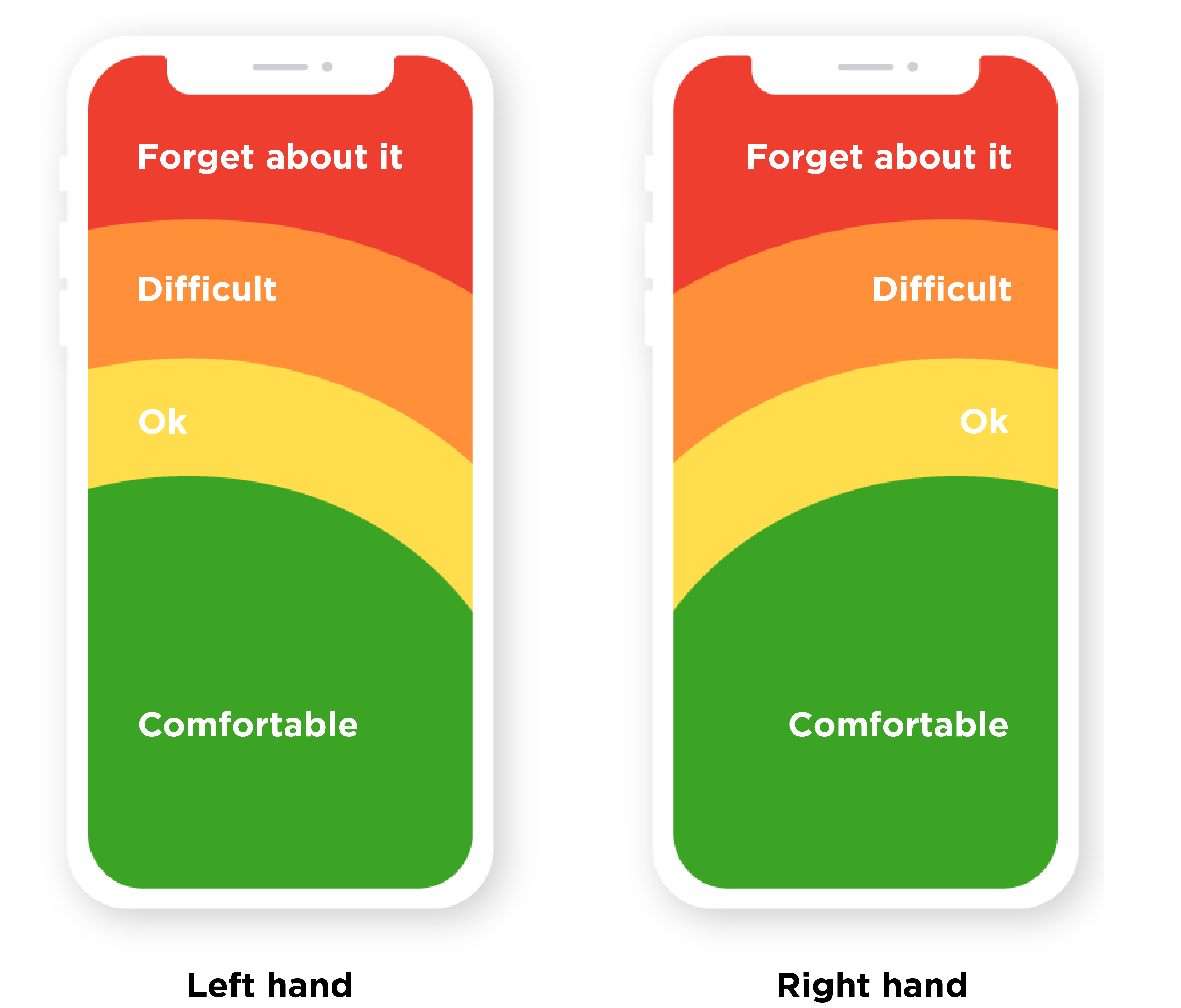 This model illustrates how much of the screen we expect an average user to be able to reach with their thumb.

The top part of the screen is almost impossible to reach without adjusting the grip around the phone. And in some situations, this would be enough for the user to interrupt the action we want them to complete – simply because it’s too much of a hassle.

That’s why it’s so important to position the most important interactions, including call-to-action (CTA) buttons, within easy reach of the thumb – in other words, at the bottom or possibly in the middle of the screen.

That’s not to say that the rest of the screen can’t be used. The other parts of the screen are simply better suited for other purposes.

User situations and navigation are linked

When we design for touch screens, the thumb zone should always play a decisive role in the choice of navigation pattern. The details, naturally, depend on the situation we expect the user to be in when using the app.

In some situations, the user will have plenty of time and can use both their thumb and the index finger, or perhaps even both hands – for example if typing longer messages or playing a game, most likely when they have some downtime.

In other situations, they’ll be on the move and might even be up against it time-wise. Perhaps the user is paying for a ticket or an item online, such as via the Coop Scan&Betal app. In those situations, you’ll want to make sure that the route to the most business-critical button – ‘pay’ – is as short as possible. 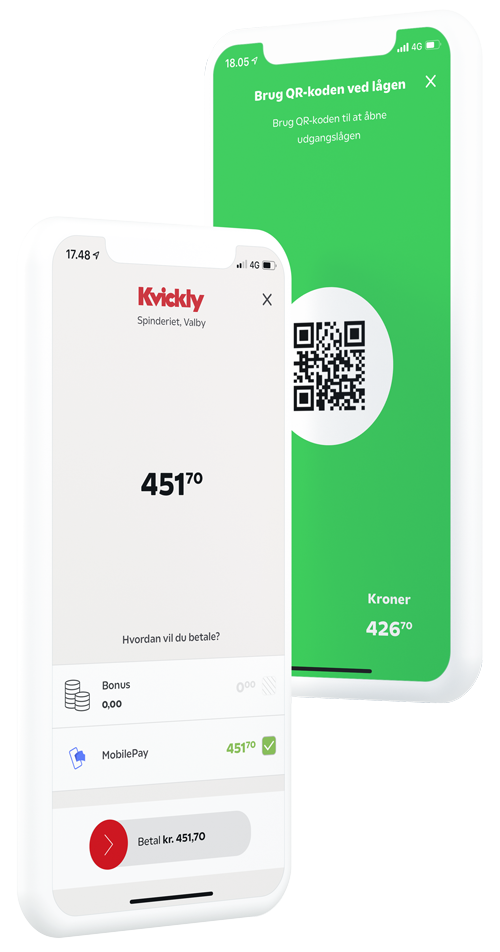 When we work with navigation design, we consider all these flows. What situation is the user in, and is the business-critical interaction option within easy reach of the thumb? Have that in mind when designing a really good app that’s user-friendly – and good for business.