Early detection of breast cancer saves lives. SqueezeDay reminds women to examine their breasts once a month. The app supports in building a habit.

”For us October is the busiest period of the year – it is the breast cancer month. At times like these, it’s great to have a project manager who says ”no stress” we´ll solve things one step at a time, and reminds you what needs to be done along the way. The collaboration has worked very well and Shortcut´s project manager has been very responsive”. Says Sara Wretblad Carreras, Chief of Communications of Bröstcancerförbundet.

Early detection of breast cancer saves lives. SqueezeDay reminds women to examine their breasts once a month, by sending a reminder at the time they set themselves. The app also contains a visual guide with information showing how the breasts are examined in four steps. SqueezeDay is available in six different languages: Swedish, Arabic, English, Persian, Somali and Turkish.

“About a third of all breast cancer is discovered by the women themselves or by their partners. Having the mobile app send reminders can get more people into the habit of examining their breasts regularly. Our mobile phones are always with us, wherever we go.” Says Sara Wretblad Carreras.

The relaunched native SqueezeDay apps have received an updated look to match the latest brand design of Bröstcancerförbundet. The apps, first developed back in 2018, needed fresh and modern code. SqueezeDay is a perfect example of an MVP app, a sleek app solving a clear problem. Bröstcancerförbundet´s vision is a future where no woman should suffer from breast cancer. The SqueezeDay app has great value and potential to grow and play a crucial part of the associations work towards that vision.

A dedicated team of a UI designer, an iOS-developer, an Android-developer, and a Project Manager from the Shortcut Sweden office worked and released the updated SqueezeDay app.

“We have had an ongoing dialogue with the project manager, who has been very proactive and responsive and has taken responsibility for the process from day one. It felt safe. Shortcut feels both committed and serious, and the collaboration has been extremely smooth. We are very happy.” Concludes Sara Wretblad Carreras.

Shortcut feels both committed and serious, and the collaboration has been extremely smooth. We are very happy. 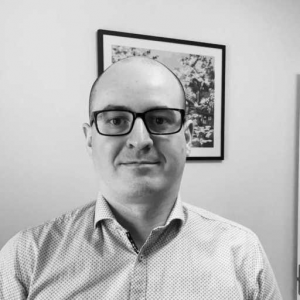