For many Stockholmers, Christmas isn’t Christmas without the seasonal window displays at landmark department store NK. Every year in mid-November, thousands come to see when the curtains are drawn and that year’s magic is revealed.

For the 2018 holiday season, NK extended the magic beyond the physical display windows. Thanks to cutting-edge AR technology, kids and adults alike were treated to a parallel world of amazing Christmas decorations and fun characters, all related to the theme of what goes on behind the scenes to make Christmas happen.

The window display grand uncovering was at the 18th of November. It was crucial that the app was released and available in App Store until that time.

3D Interactive reached out to us at Dynamo when looking for a partner for this project. 3D Interactive are experts at creating 3D content. Our job was to design the UX/UI and build the app.

The experience consists of three parts

There are not so many AR apps available to the public right now, especially for “in-store” campaign experiences, so the best practice research was relatively small. Here’s what we learned:

Further, one tricky part was to make the user understand that s/he has to be physically present at NK’s store to enjoy some of the AR experience (augmented reality windows and atrium). Doing it with explanatory text was not an option as we know that people usually don’t read. We, therefore, created a short animation to indicate where the user should stand to initiate the AR experience. 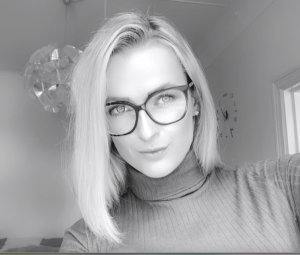